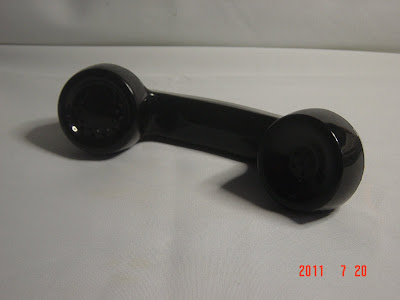 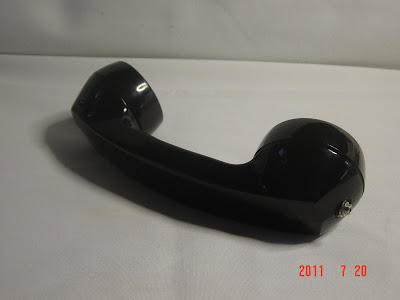 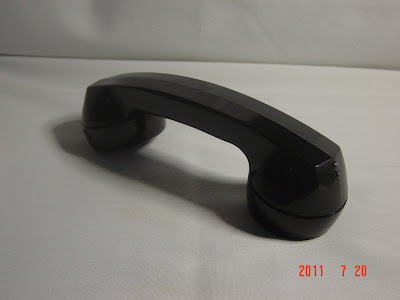 Speaker end if the handset, with status LEDs and control buttons 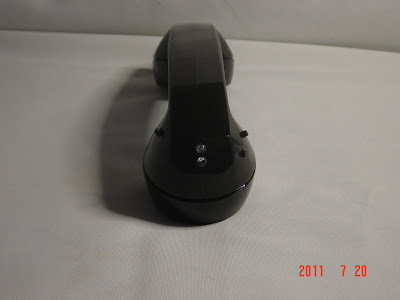 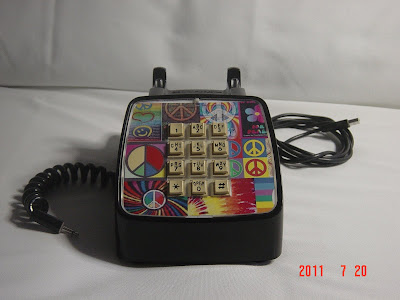 Recharging base - connects to computer via USB for power.
Touchtone pad non-functional. 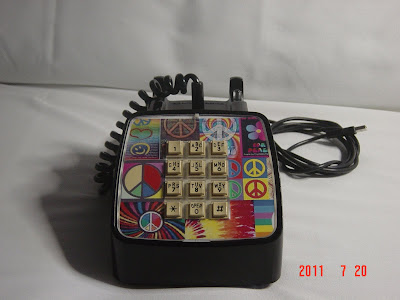 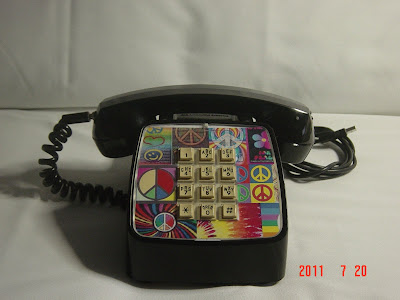 Recharging base - with handset in cradle and recharging cable connected 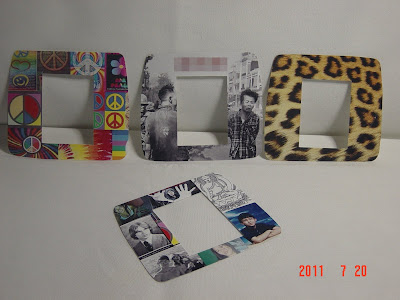 Recharging Base - additional faceplate templates, made from 4x6 photos 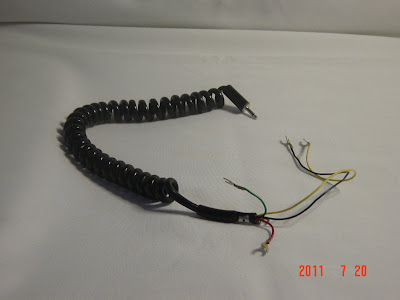 Accessory: "Rip Cord". Non-functional, but when plugged into the handset,
gives the illusion that the phone has been ripped from the base 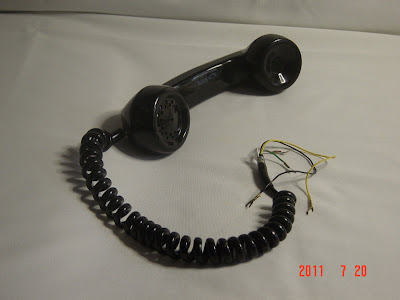 Accessory: "Rip Cord". Attached to the bluetooth handset
Posted by Timothy S. Carlson at 2:01 AM