I decided to rework the Iron Man Chest Arc Reactor - it is now at version 3.0. I reworked the old hardware for the 2N4403/2N4401 transistor scheme, which gives me 8 individually controlled LEDs instead of 4. So instead of 4 groups of 4 LEDs, there is now 2 groups of 8 LEDs. 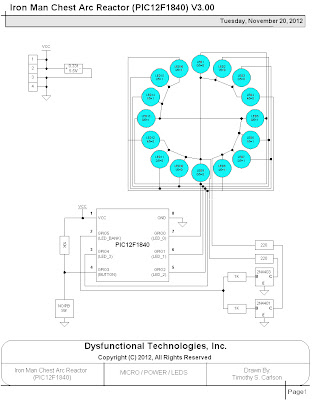 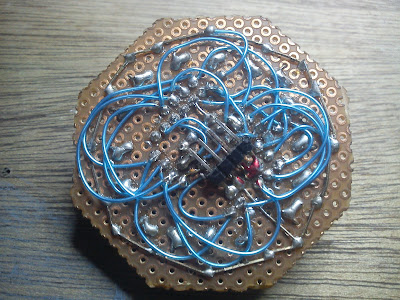 Ugly backside of the board before the rework. 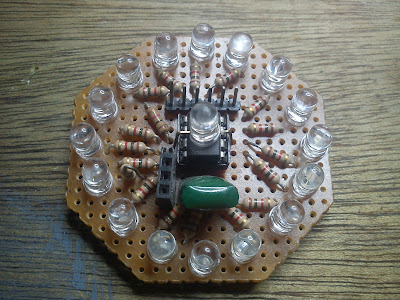 Ugly frontside of the board before rework.
Too many components, especially 1K ohm resistors. 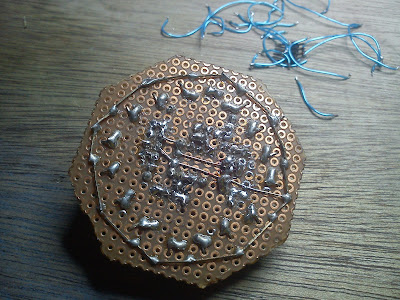 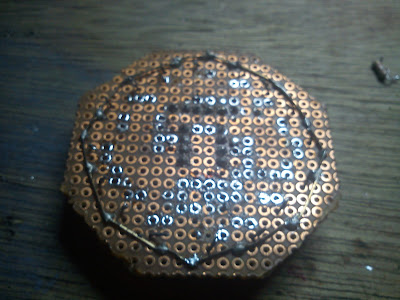 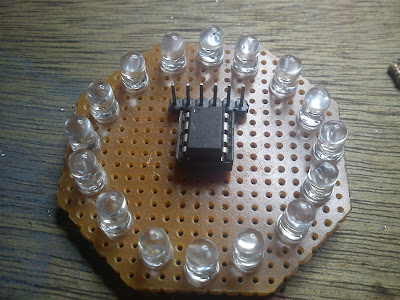 All components removed, except the PIC, ICSP header and the LEDs. 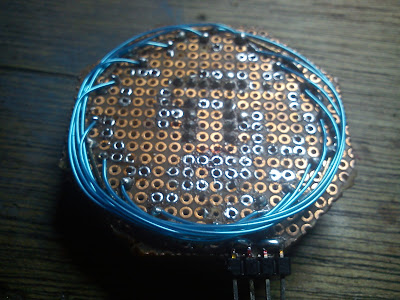 Rewiring the LEDs. MUCH nicer. 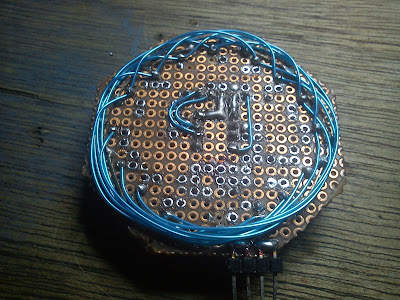 Rewiring the ISP header.
I have wired up so many of these, I could do it in my sleep. 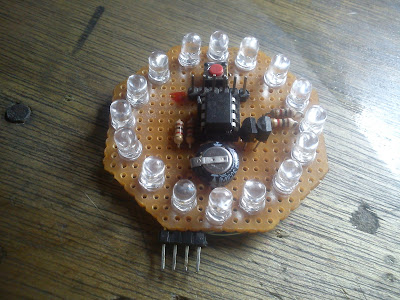 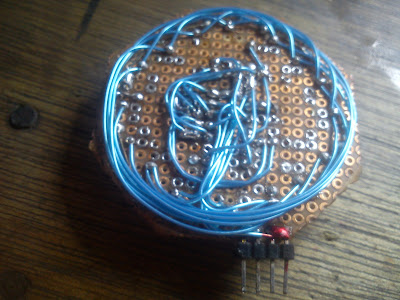 Short demo movie below the fold...