UPDATE 12.1127:
I updated the schematic - removed the PINK LEDs, as they are doing some weird leakage nonsense. So they are replaced with another two RED LEDs. I also changed the way that the POWER LED is handled. And I updated the amplifier circuit for use with a 1" speaker instead of an actual microphone. 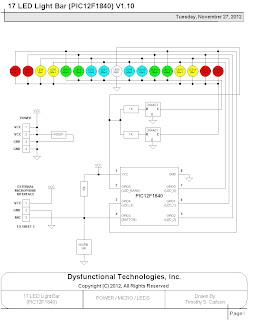 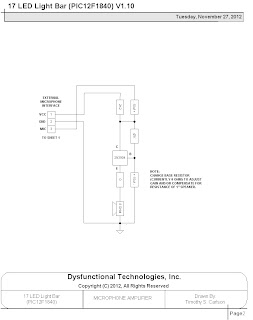 -----
Another project I just wanted to put up in a post before it gets lost. It's a 17 LED Light Bar, approximately 81cm long, meant to be mounted about the Flat Panel TV set. It does patterns like the other LED projects I do, but also a 'Music Mode' so it acts like a colorful 'equalizer' bar. I am building it for my father-in-law for Christmas, so he can have some 'bling' when doing Karaoke.

Still working on the microphone preamp circuit. I'm a software guy who also knows digital hardware, but this analog stuff will be the death of me yet. 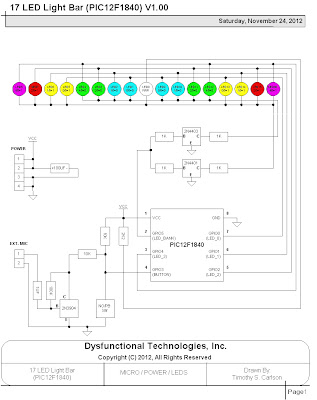 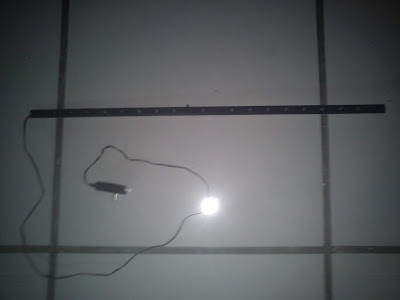 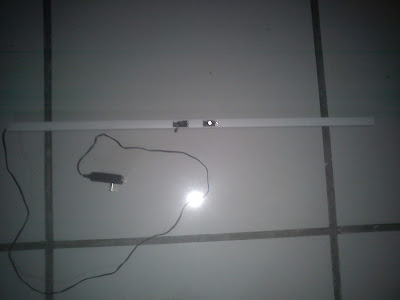 Back side - holes cut in the back to make room for the larger components (caps). 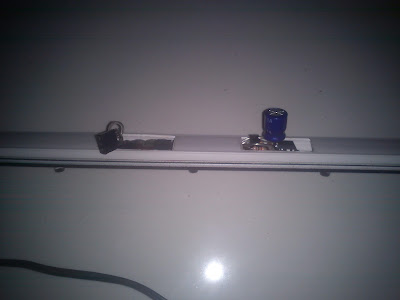 Close view of all of the good stuff sticking out of the back.
Posted by *DysfuncTech* at 1:08 AM