I played around at creating a POV display with red LEDs before - I really want to make another using 24 WS2812B RGB LEDs. So, since I lack parts, I decided to draw up plans. No hardware or software yet - just plans :)

The big question - since the LEDs are addressed serially, and there's 24 LEDs x 24 bits apiece (576 bits total), and the serial bus has a speed of 800Kbps - will I be able to address all of the LEDs in time, or will there be a visually perceptible lag between LED 1 and LED 24? 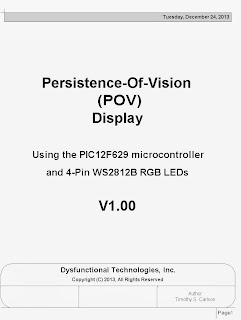 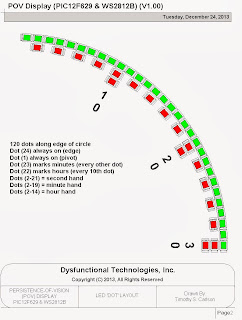 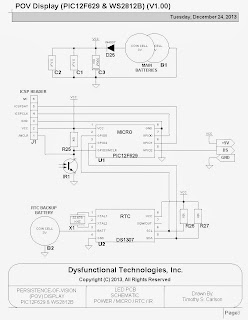 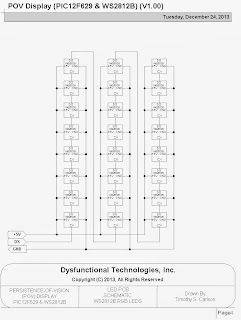 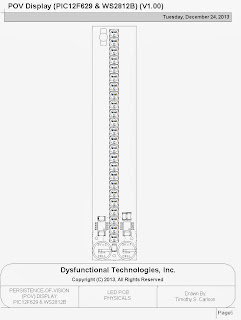 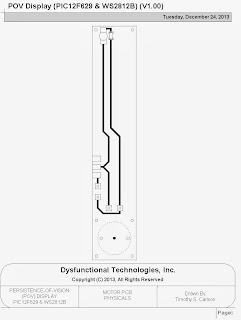